On June 30th, during David’s Saturday morning circus class, the Argentine mothers were following the football game. Argentina 2 France 1. But by the time class was over and David and I were walking home for lunch the streets were somberly quiet. Disaster had struck in France’s victory, 4 – 3.

That afternoon the call-out was for 3 p.m. and as expected, for those familiar with Argentine time, we began as a very small group. The afternoon was grey and misty with lots of fog, the way a July day is supposed to be in Buenos Aires. For in the Southern Hemisphere this is the middle of winter. But as the American Embassy has a vigilant Facebook presence, they knew of our timing. 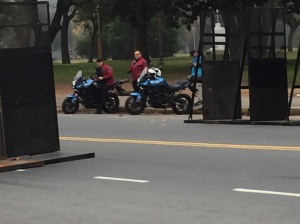 The Motorcycle cops had showed up before us. From the beginning we were constantly outnumbered 3 – 1. The biker cops stood around and waited for two female police women to walk across our corner bringing them their boxes of take out Pizza. Not a lot has changed in the work gender relationship down here.

As more protestors showed up to join our little gathering on the corner of Colombia and Avenue Sarmiento three police vans drove in too. Once the vans were parked in place it was time to put out the barriers across the road. Big, old, and looking like they had been used in many demonstrations, I wondered where that steel was made and where would the next shipment come from. 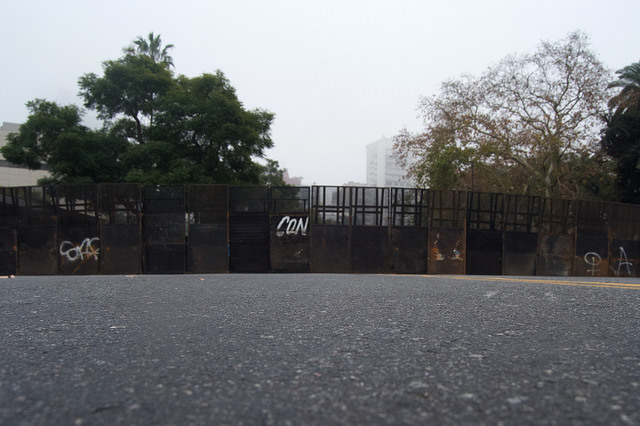 Somehow the bus drivers knew not to turn onto the street but as the police had not put notices out on the main road cars, taxis and motorbikes did turn in, and came to a screeching halt, occasionally almost piling on top of each other, but with surprisingly little animosity towards us – who were causing all this trouble.

Thankfully we had Emily as our intrepid leader who led us in chants which reminded me of choir practice at school but for real American gals must have been more like high school cheering practice. It has been a long time since I was protesting out on the street, sometime in the mid-nineteen sixties in Los Angeles during the Vietnam war. President Johnson was coming to town. I remember we kept our motorcycle helmets on so that when we got beaten our heads would have some protection. Here we had no helmets, just a boy-child sleeping in his stroller. 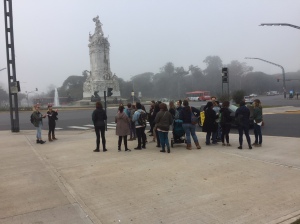 At the Monumento de los españoles

More people joined us, not all were ex pats, some Porteños too. After our warm up chanting, Emily moved us from one side of the street to the other. The policemen in their vans got out. While most of us used our phones to take photographs, Beatrice Murch had her Nikon camera in the diaper bag. She was easily able to tell that while we were taking happy snaps of the police, they were also filming us… We stood on Avenue Sarmiento and, as the buses went by, I waved and women, always women, waved back. A big tourist bus honked good luck to us. We walked along Avenue Sarmiento, beside the Plaza Seeber where the parrots screeched their encouragement from the trees. We stopped again at the Monumento de los españoles, a big traffic round-about and an important monument of the Argentine independence from Spain. Cars, motorbikes, bicycles and taxis gave us encouragement, while another blue-blinking police motorbike watched us from across the road.

Maybe seeing us out doing something positive was some consolation to the Argentine football defeat at the mercy of France. France for goodness sake!

Emily, our leader, knew where she was taking us and so did the rest of the police. We walked along Avenue del Libertador turning on Kennedy and past the American consulate, a far more architecturally pleasing sight than the Embassy, which is an ugly huge army/police building. I wondered if anyone was in the consulate building. If an American looked out of a window and saw this small band of mostly women, walking, chanting and holding up banners about families and love and what, if anything, they thought. 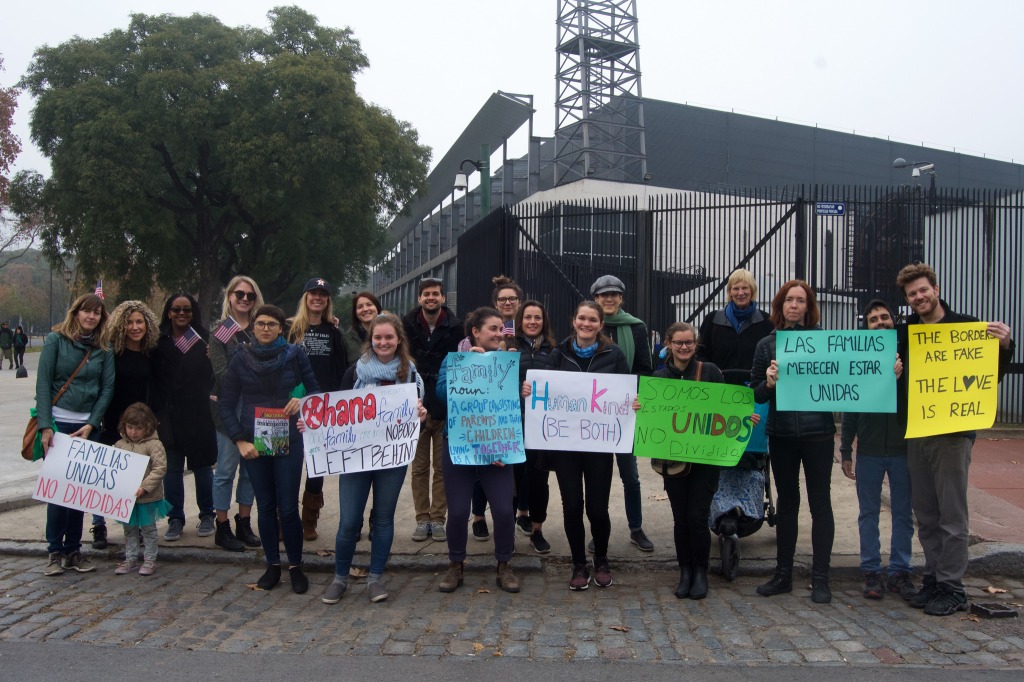 We circled about, far closer to those police than I ever cared to see our daughter and grandson and paused again at the other side of the embassy. The policemen were getting cold and the effects of the pizza may have long worn off.

David had woken up and it was time to take him home. Our little band was breaking up and the motorcycle cops were taking their helmets off. They know how to read crowds easily. I wondered if they were paid in dollars or pesos for this extra duty which was funded by the American embassy and thus the American public.

Tomorrow is the Fourth of July and for those American mothers and grandmothers here in Buenos Aries Black is the new Red, White and Blue which, at this time seem to signify, blood, shock and death. And yet, maybe resurrection if we all… 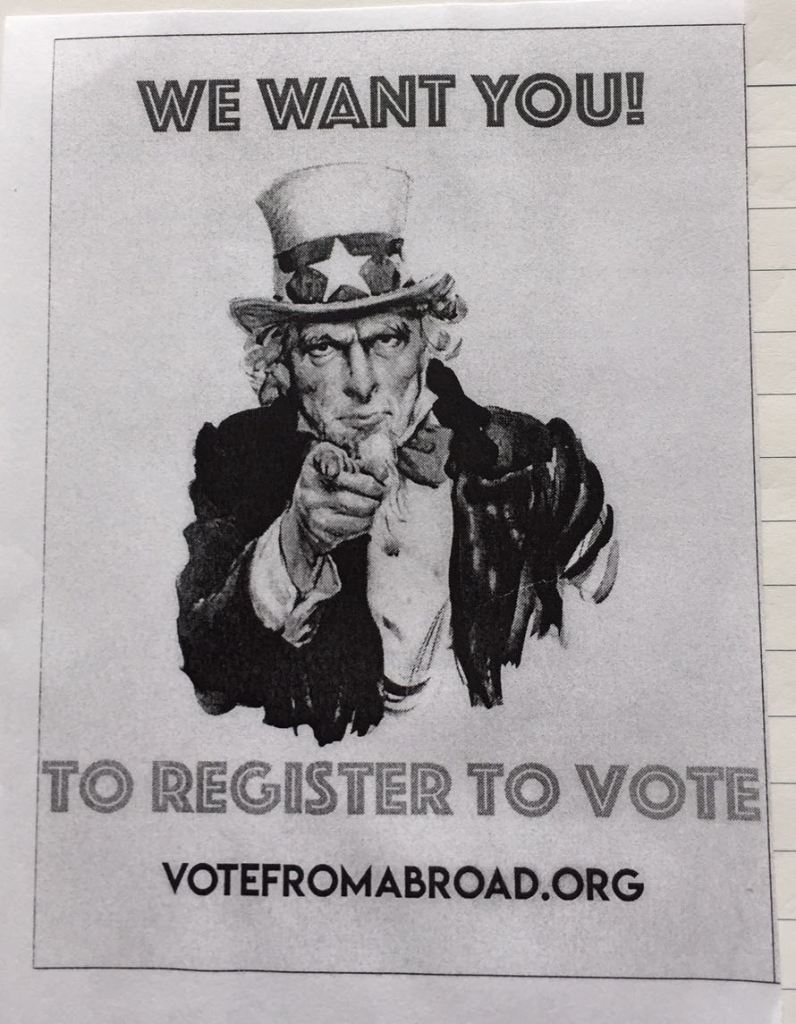