This recipe first appeared in The Times in an article by Olwen Woodier in 1989 I think. Sometime later it was adapted from Mallards Restaurant at Arrowwood in Rye Brook, N.Y.

When I found it again about 2010 I changed it a little – as you will too.
1 1/4 pounds rhubarb, finely diced
1 cup sliced strawberries
1/2 cup sugar
2 tablespoons kirsch
1 tablespoon unflavored gelatin
1 cups heavy cream 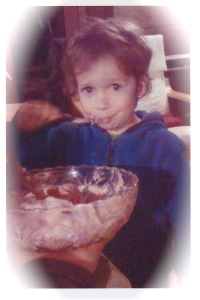 There is no sense in leftovers