Earlier this year a report came out of Brigham Young University stating that ‘Loneliness and social isolation are just as much a threat to longevity as obesity.’ Republished in Science Daily it was then picked up by The Week on April 3. Thus is university research trickled into public consciousness. This ancient universal truth helps account for the modern obsession that we hold to e-mail, Facebook, Twitter and Instagram. These are all ways of staying connected within a real or virtual community that sometimes feels far way and out of reach.

In the days of long hospital stays, back in the early 1960’s, before rehabilitation centers and convalescent homes were big business, patients stayed in hospital until they were deemed ‘All right to go home.’ The tasks of daily living, such as being able eat, toilet, and digest alone and finally, in the last few days of ambulation, prepare and serve from the drinks trolley through the ward. In those years visiting hours were quite restricted. Patients and families could see each other only as the hospital hours, the family work schedules and public transportation allowed. It was often difficult to be at the bedside of a loved one through the days of a long illness. Cards and letters from the outside were very important.

Like other hospitals up and down the country, the post was delivered twice a day to The Royal Surrey County Hospital. It arrived at the front desk and was handed to the hospital porter on duty. Our head porter was named Frank and each morning Frank took the post and sort it into departments; Patients, Clinics, Matron and finally Nurses. Frank would put the different piles in his bag and, leaving the front desk in the hands of the lady telephone operator, set out on his rounds.

I suspect that this walk-about for Frank was as important to him as Matron’s morning rounds were to her, and, in their way, an essential part of the hospital running smoothly. Everyone looked forward to Frank’s arrival, a signal that maybe ‘you’ve got mail.’ Frank’s cheery face would be welcomed with a reciprocal smile everywhere he went. Frank went from Matron’s office to the Bursar’s, the departments, the nurses’ dining room, and then to each of the wards in turn, bearing cards and letters for the patients. In the wards, Frank would hand the post over to the Ward Sister who, depending on how busy she was, would begin to sort and give them out as soon as she could.

But Frank also had a fatherly interest in us nurses and, once we were no longer students but black-belted, silver-buckled Staff Nurses, he watched the patterns that formed in the letters we received. He seemed to know which letters bore serious intent, what passion was in the strong hand writing on the envelope. We would watch him too when he came to the wards. Sometimes he would pretend not to see us but he noticed weight loss and dark, hungry eyes. After he had handed over the patients’ letters to Sister on Victoria Ward he would look for me. If I was with a patient, he found a reason to wait. If I was by the morning coffee trolley he could come to me.

“Good Morning Frank. How are you today?”
“Well. Thank you Staff.”

My eyes would ask the question and his eyes would twinkle a response as, almost every day, he would pull his right hand slowly from his overall pocket and hand me a square white envelope, covered in airmail stamps. He never left these letters in the dinning room for other nurses to find and tease me with. The Royal Mail was then as fast as our young heart beats. 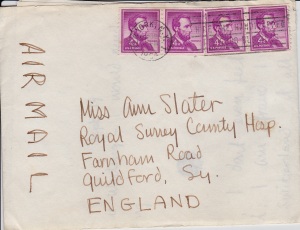 “Thank you Frank.” Did I blush? Maybe so, as I took the envelope from his hand into my deep uniform pocket. It rested patiently, beside scissors and tape, until I found a quiet moment to read alone.

I should have known then it was hopeless. I was supposed to be booking a flight to Malaya to work in the Leprosy Hospital of my friend Bushba’s uncle. Instead I was looking into Flights to North America.

Five months later I joined nurses from all over Ireland, England, Scotland and Scandinavia. We were that generation’s import of cheap labour. The next wave of immigrants from the old world to the new. That was fifty years ago.
This pattern of writing has stood us in good stead. Often we have been apart and whenever that happens we write to each other every day. Over the years The Royal Mail gave way to faxes and eventually to e-mails. There are bundles of letters in old boxes in the barn, files of faxes in trunks in the attic and years of emails stored on computer drives.

This week he flew away again as I stay behind to do what needs to be done. God willing I can join him before summer settles in. But until then we will take time to give and receive each other’s hearts and minds, sharing words together.

2 thoughts on “You’ve Got Mail” 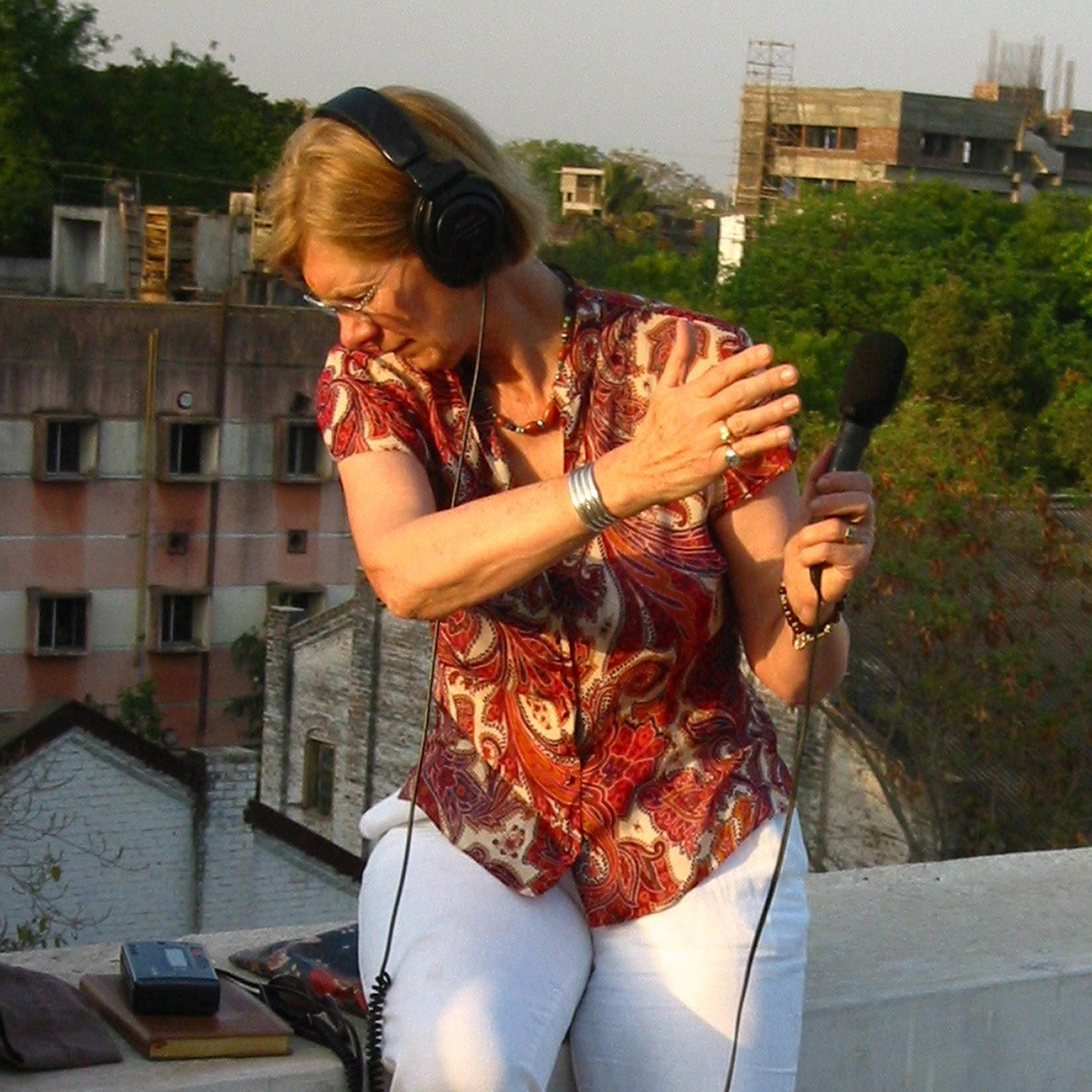